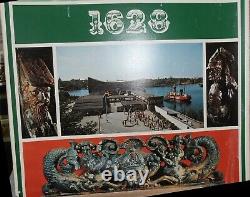 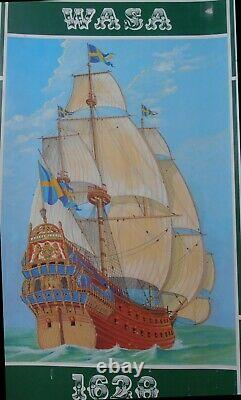 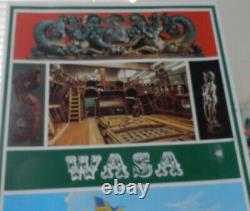 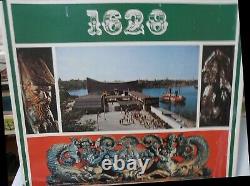 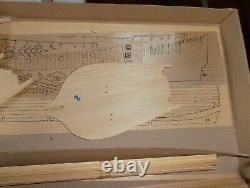 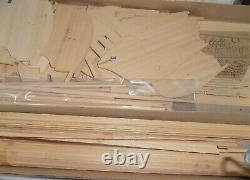 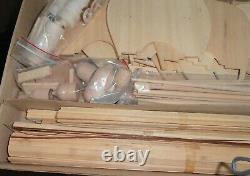 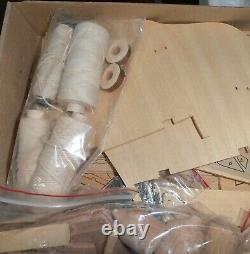 This is an unused model kit bought in 1982. All parts appear to be there in unopened condition. The box has some wear. I had to open it to take the pictures.

On its maiden voyage in 1628, the Wasa sank in the Stockholm harbour. The Vasa (or Wasa) is a Swedish warship built between 1626 and 1628. She was built on the orders of the King of Sweden, Gustavus Adolphus as part of the military expansion he initiated in a war with Poland-Lithuania (16211629). Richly decorated as a symbol of the king's ambitions for Sweden and himself, upon completion she was one of the most powerfully armed vessels in the world.

However, Vasa was dangerously unstable and top-heavy with too much weight in the upper structure of the hull. Despite this lack of stability she was ordered to sea and foundered only a few minutes after encountering a wind stronger than a breeze. She was salvaged in 1961, with a largely intact hull, and was housed in a temporary museum called Wasavarvet ("The Wasa Shipyard") until 1988 before being moved moved to the Vasa Museum in Stockholm. The item "Wasa (Vasa) Billings Boats Ship Model Kit 175 Wooden Hull with Sails" is in sale since Wednesday, October 7, 2020. This item is in the category "Toys & Hobbies\Models & Kits\Boats, Ships\Wooden".