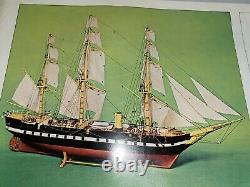 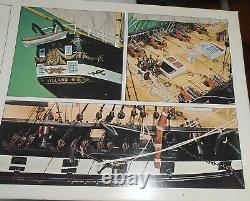 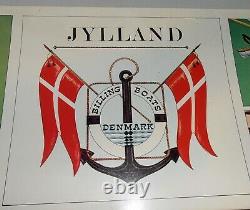 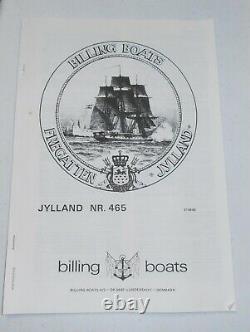 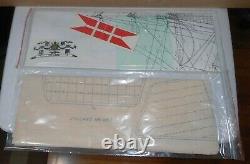 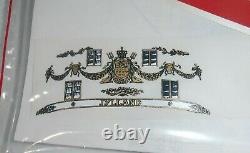 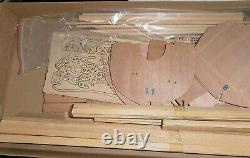 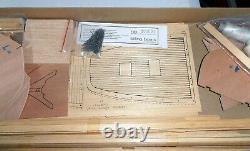 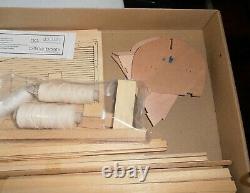 Vintage but never used New Billings Boat model made in Denmark I believe it is from 1983 I had to open it to take pictures, but everything inside is new.. The box has a little wear from storage.

It has been in my possession since bought new. Danish Steam Frigate Jylland, Billing Boats BB5003. The frigate Jylland was the last warship of the Danish Royal Navy built of oak.

It was launched on 20 January 1860. On 9th May 1864 Jylland fought in the Battle of Heligoland against a fleet of Austrian and Prussian ships. The 2450-ton Jylland had a hull lenght of 71m (96m overall) and a beam of 13,5m. In 1960 Jylland was towed by tugs from the naval base in Copenhagen to Ebeltoft.

On 11 August 1984 it made its last voyage - into a new exhibition dock. After several years of restoration work, Frigate Jylland was opened to the public. Jylland is one of the world's largest wooden warships, and is both a screw-propelled steam frigate and a sailship. Plan with building instructions German, English, French, Danish, Italian and Dutch, planked wood hull, decks from wood. Flag decals, spools of rigging.

This is an expert level model. There is separate set of fittings available and called kit #466. This model is # 465. The item "JYLLAND FRIGATE Billings Boat Model Kit 1860" is in sale since Monday, October 5, 2020. This item is in the category "Toys & Hobbies\Models & Kits\Boats, Ships\Wooden".