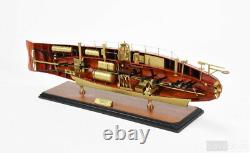 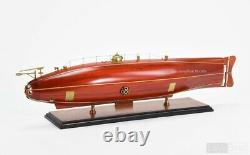 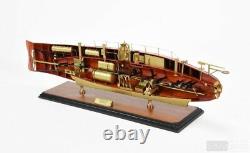 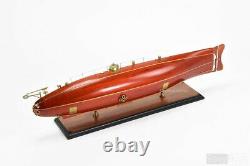 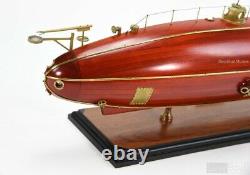 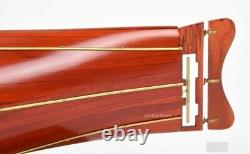 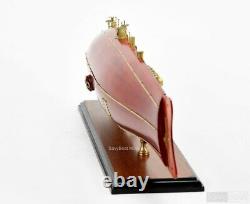 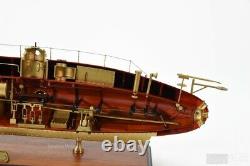 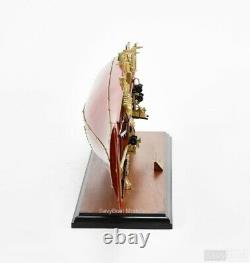 Pictures are stock photos of the product. Ictíneo II was a pioneering submarine launched in 1864 by the Spanish engineer Narcís Monturiol and was the first air independent and combustion powered submarine and was the first submarine to overcome the basic problems of machine powered underwater navigation. The Ictíneo II was 14 metres (46 ft) long, 2 metres (6.6 ft) wide, and 3 metres (9.8 ft) high. Her displacement was 46 tonnes and her interior volume was 29 cubic metres (1,000 cu ft).

She was built of olive wood with oak reinforcements, and a 2 mm thick layer of copper. Her upper side had a deck 1.3 metres (4.3 ft) wide and a hatch with three glazed portholes 200 millimetres (7.9 in) in diameter and 100 millimetres (3.9 in) thick glass blocks.

The submarine could be steered from the conning tower by means of an endless screw gear. Four ballast tanks of 8 cubic metres (280 cu ft) capacity were located symmetrically on each side in the free flooding areas between the streamlined outer light hull and the inner pressure hull. The ballast tanks would be flooded at will to submerge and surfacing was achieved by forcing air into them with a pump. Pitch during diving was controlled by a weight which could be moved longitudinally along a rail, remotely controlled by the helmsman.

The submarine also had an emergency mechanism intended to jettison the ballast to allow it to surface quickly. The most important innovation in the Ictíneo II was its air independent propulsion for underwater navigation. A reaction of zinc, manganese dioxide and potassium chlorate heated the boiler of a steam engine to provide propulsion and illumination and the oxygen released by the reaction could be used for breathing.