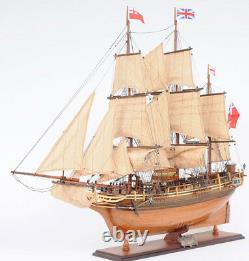 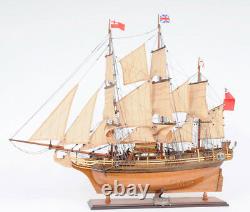 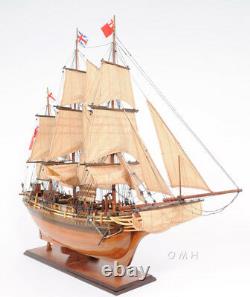 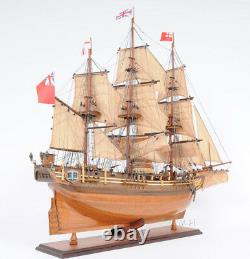 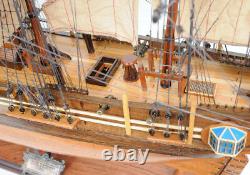 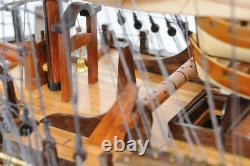 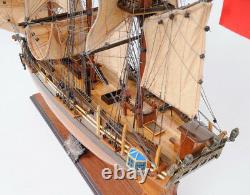 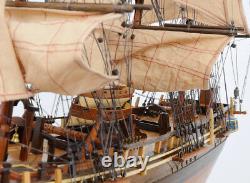 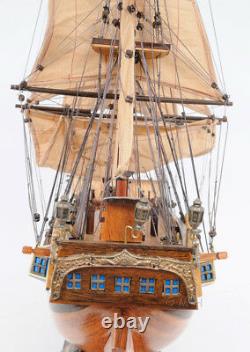 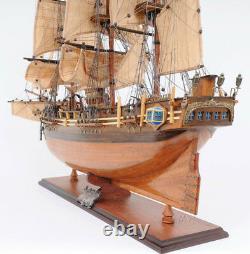 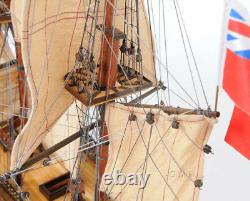 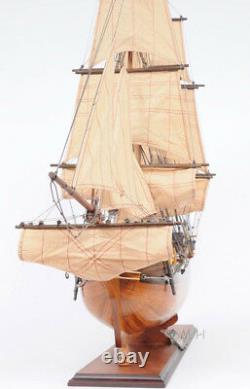 To lead the mission, the Admiralty picked 33-year-old Lt. William Bligh , who had been the sailing master on the HMS Resolution, on Capt. Cook's last voyage of discovery.

Though portrayed as an abusive tyrant by Hollywood, Bligh may be one of the greatest seamen who ever lived. After trying for 30 days to make it westward around Cape Horn, as he had been ordered, Bligh turned about and headed East; around the Cape of Good Hope, across the whole width of the Indian Ocean, then Northeast into the Pacific, arriving in Tahiti after a l0 month voyage. Bligh and the crew set about collecting the more than 1000 breadfruit plants they were to take to the Caribbean. They spent five months in Tahiti, during which time Bligh allowed a number of the crew to live ashore, to care for the potted breadfruit plants. Without the discipline and rigid schedule of the sea, the men went native.

Three crewmen deserted, hoping to spend their days in this tropical paradise; but were recaptured by Bligh and flogged. Three weeks out of Tahiti, enroute to the West Indies with the breadfruit plants, Master's Mate (Acting Lieutenant) Fletcher Christian, angered and humiliated over the continual abuse from Capt. Of the 44 men on board, 31 sided with Bligh. Of the 31, 18 went over the side to be set adrift in the Bounty's launch with Bligh.

Fletcher Christian and eight Bounty crew, accompanied by six Tahitian men and twelve women, one with a baby, sailed away in the Bounty hoping to hide forever from the long arm of the British law. Bligh having no charts navigated the launch 3600 nautical miles to safety in 41 days using only a sextant and a pocket watch.

Only one man died on the voyage - stoned to death by angry natives on the first island they tried to land on. The launch voyage was a feat of navigation unparalleled to this day.

The mutineers eventually settled on Pitcairn Island, an isolated rock in the Pacific that was misplaced on British charts. Edward Young died in 1800, leaving John Adams the sole survivor. Today their descendants still live there in a moralistic community, clinging to their tiny rock, struggling to survive in today's technological world. In this edition, we are able to identify the production date of a model, the material that was used on the model, the craftsmen who worked on each area of the model, the individual who inspected the model and also the professional packaging staff.

Undreds of hours where required to finish this model sailboat. Completed model contains thousands of details created by skillful master craftsmen. Made of finest wood like Rosewood, Mahogany, Teak and other exotic tropical wood. Chrome and brass fittings and ornaments constitute the excellence of this model.

Extensive research through original plans and pictures make this model authentic. This model went through a demanding quality control process before leaving the workshop. After that the item will be re listed. Models are securely packed with foam sheets, peanuts or bubble wraps.

All tall ships expert level are fully assembled and packed in an extremely secure wooden crate which is boxed and sometimes double box. This item was in stock at the time of listing. This will assure that your message will be received. Auctiva Offers Free Image Hosting and Editing. The item "HMS Bounty Wooden Tall Ship Model Sailboat 37 Fully Assembled Replica Boat New" is in sale since Friday, August 20, 2021.