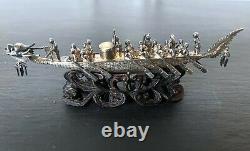 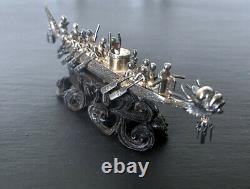 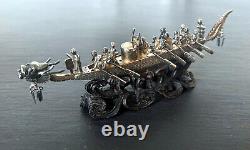 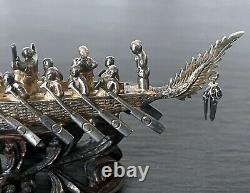 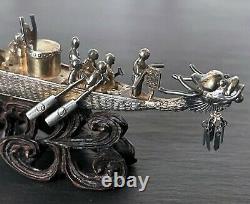 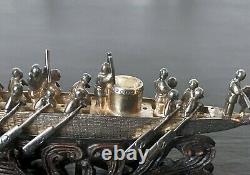 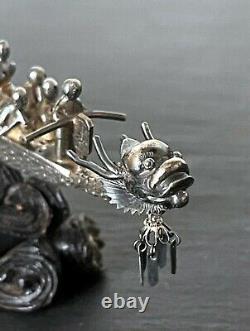 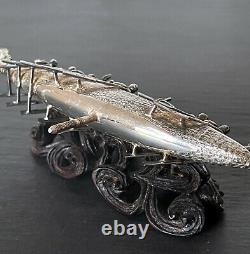 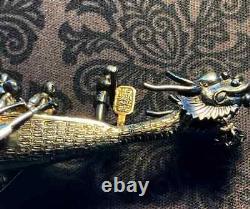 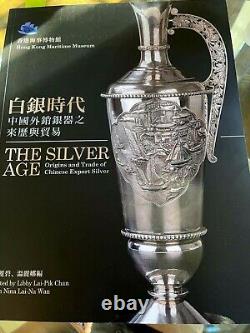 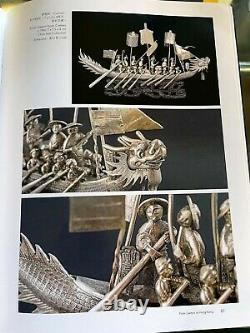 A small Chinese silver cabinet ornamental piece depicting a racing dragon boat with a team of riders displayed on a carved wood stand in the form of waves. The assemblage of riders include a helmsman, a drummer, a cheer leader, a tail man and a team of rowers working the oars.

Dragon boat race is an ancient tradition in China, held annually on the "Duanwu" Festival (also became known as Dragon Boat Festival), the memorial day of the poet and politician QuYuan (340 BC 278 BC) of the Chu Kingdom who drowned himself as a patriot. The silver model of the dragon boat like this one on offer were made in Canton and Hongkong at the turn of the 20th century as ornamental curio pieces.

Smartly signed on both sides of the flag held by the helmsman, the silversmith's mark "ZhengTang". For a very similar but slightly smaller silver dragon boat model, see illustration on page 87 in the book "The Silver Age Origin and Trade of Chinese Export Silver". As shown in the last two photos.

The item "Chinese Silver Dragon Boat Model on Wood Base" is in sale since Friday, October 29, 2021. This item is in the category "Antiques\Asian Antiques\China\Figurines & Statues". The seller is "gallery-t" and is located in Atlanta, Georgia. This item can be shipped worldwide.